“In short, all good things are wild and free.” ~Henry David Thoreau 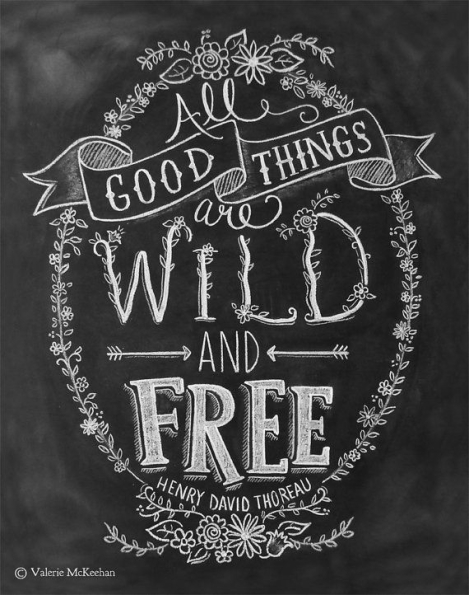 And so sometimes I think we think that everyone else has this life all figured out. But it’s more like exploration guided by curiosity and discernment, a side of wonder mixed in and the art lies in knowing that taking action-any action-will serve the basic human need of forward movement, and will produce an outcome that will either be favorable, or will teach us something in return.

It was a morning where the hunter-gatherer naturalist in me wanted to run: air for my lungs, coolness for my skin and the possibility of time spent in the wilderness living in my windblown hair.  Walking outside I was met by stark and stoic concrete, a color of the same muted grey mirrored in the sky overhead, and so discernment led me hiking, mountain climbing, and stargazing instead. Not literally, but virtually. I opted for the screen of a Cybex machine’s simulated inner landscape instead of the city’s outer visceral one, and I bartered with the parts of myself that worried they were losing something, that they were too protected in a way that would prevent any sensory satisfaction at all, worried the grey outside would also spill into the gym’s inner sanctuary space, leaving nothing for them to cut their teeth on, or keep sharp their edge.

Negotiation with those pieces of myself that felt disappointed was successfully led by the larger question of what kind of body-mind-spirit one needs on this journey, the marathon version, not the sprint, energy enough for the continuation of the expedition.

Today I needed taiga, not tundra.

And my eyes quickly became immersed in the illuminated reflection of green windblown grasses, white waterfalls and virtual 11am sun shadows.

This was pacing, not pounding. It wasn’t the camping I had done in Australia with leeches, lightning and transitory tidal inlets. The prospect of refuge there was slim to none. This was roots, rocks and rough terrain that met me as palpable, and still permeable. I climbed a glacier, looked out over the Tasman Sea. Even the lava and limestone under my feet came to be semi fertile.

It felt to be a larger quest of compassionate grit.

There was a window in front of me, through which I could see birds and buildings, a veritable horizon of prospect, within a refuge of less outer layers and winter clothing bundles. And awareness expanded back into freedom enough to recognize this was part of a day’s larger vantage point,

All written content is copyright protected by Lindsey O'Neill 2012-2020.